Bernard Maissen, deputy director for the Federal Office of Communications, has announced that Switzerland’s radio programs
“will only be available on the FM Band until the
end of 2024 at the latest.”

OFCOM said in a release that Maissen based his decision on the radio industry’s existing agreement and legal provisions. As per studies available to OFCOM, at the end of June only 17% of listeners tuned into radio using FM.

TIMELINE – According to the organization, in December 2014, the Digital Migration Working Group (AG DigiMig) stated that radio broadcasters intended to phase out VHF broadcasting by 2024.

It said that SRG and more than 80 percent of private radio stations agreed to this decision in 2015. And in October 2017, the Federal Council adopted the radio industry’s target and provided the legal framework for VHF switch off.

Maissen then announced the country would extend VHF radio licenses expiring in December 2019 until 2024, with the possibility of shortening the duration if the radio industry wishes.

Simultaneously, OFCOM would examine whether individual VHF transmitters in peripheral areas with insufficient DAB+ coverage could continue to operate for a limited period after 2024.

FIGURES – GfK research institute collects figures every six months on behalf of OFCOM and the AG DigiMig. Its results show the Swiss listening to an average of 65 minutes of digital radio per day out of 100 radio minutes.

While DAB+ has mainly replaced FM in the home and at work, the reports also reveal that FM is still more frequently used in car (56%). In spring 2019, listeners tuned into radio in the car via DAB+ for 38 out of 100 radio minutes. OFCOM points out, however, that the share of in-car DAB+ listeners is rising.

Findings also show that in the first half of 2019, the Swiss purchased some 136,400 DAB+ radios (excluding cars). According to GfK’s semi-annual surveys, consumers in Switzerland have bought a total of 4.3 million DAB+ devices since 2000.

Many thanks to SWLing Post contributor, Tudo Vedeanu, who shares the following updat regarding the threat to RRI’s shortwave service.

I contacted MediaSind asking for more details about the suspension of the SW broadcasts at RRI. Liviu Grosu, the general secretary of MediaSind told me this:

“Following the reactions of MediaSind, the members of the Board of Directors rejected the proposal of the president-general director of the SRR, Georgica Severin, regarding the suspension of the shortwave broadcasts.”

Brilliant news, Tudor! Thank you for sharing this and also many thanks for obtaining Liviu Grosu’s approval to post his message here on the SWLing Post.

Readers, if you love RRI’s shortwave service, I believe this would still be a great time to let them know you’re happy they’re on the air! For the English language service, use the following email address: engl@rri.ro

Currently most of the terrestrial radio stations in the USA broadcast either on the AM band from 540 to 1700 kHz or on the FM band from 88 to 108 MHz. At the end of September 2018, the FCC announced that there were 4,464 stations on AM and 10,867 stations on FM. Due the crowded nature of the existing bands, it has been hard to introduce new digital radio formats.

DRM or Digital Radio Mondiale is a digital format designed to replace existing AM transmissions with clearer audio and with just 20% of the power. DRM+ is the format for VHF. WRNJ Radio co-owner Larry Tighe has now filed a petition for rulemaking with the FCC, asking that the 45 MHz to 50 MHz band on the VHF spectrum be reallocated for DRM+ transmissions.

In a statement, Tighe said… “The 45–50 MHz band was allocated to two-way radio users in business and government, who have since migrated to higher bandwidths where they can use handsets with smaller antennas. As a result, this spectrum is extremely quiet right now. WRNJ monitored this bandwidth for an extended period of time, and heard very few distant signals.”

“There were 660 TV stations between Channels 2 and 7 before the transition to UHF for HDTV. There are now only approximately 60 TV stations in the USA on those old VHF channels. There is plenty of spectrum to share with a new service, i.e., DRM+ or any modulation, if the FCC really wanted to move AMs.”

Even though the DRM standard has been around for over a decade, it is only recently that it has begun to make serious inroads to the broadcasting scene with India, China and Russia showing an interest. One of the current problems is the high cost of DRM receivers which is prohibitive to consumers in developing countries.

Obviously if the USA opted for a new DRM+ allocation, it would give the format a huge boost. If it turned out to be the 45 to 50 MHz allocation then it raises the possibility of long distance reception by means of Sporadic-E during the summer months or via F2 propagation around the peak of the sunspot cycle.

More info in the links below:
1) FCC stats for the number of AM and FM stations at the end of Sept 2018
2) https://www.radioworld.com/tech-and-gear/u-s-based-shortwave-broadcasters-eye-digital
3) Previous post – Russia proposes to use DRM on 65.9-74.0 MHz

By Hadas Gold CNN 16 agosto 2019 – Kashmir is under unprecedented security restrictions by India. As a communications blackout continues in Kashmir, the BBC is using one of the only ways to reach listeners in the Indian-controlled state: shortwave radio. The BBC is extending its Hindi radio output by 30 minutes, launching a 15-minute daily program in Urdu, and expanding its English broadcasts by an hour. All are being
broadcast via shortwave signals.

“Given the shutdown of digital services and phone lines in the region, it’s right for us to try and increase the provision of news on our shortwave radio services,” Jamie Angus, director of the BBC World Service, said in a statement.

Indian-controlled Kashmir is under a tight security lockdown and total communications blackout. The blackout has included internet and landline phones, and some television channels have been cut. The repressive measures, in place since August 5, were introduced just days before the Indian government announced that it was withdrawing Article 370 of the constitution, reclassifying Kashmir’s administrative status from a state to a union territory. The move took away Kashmir’s semi-autonomous special status.

Pakistan, which also claims Kashmir, reacted angrily to the move by India. The two neighbors have fought three wars over Kashmir, and the region has been the focus of periodic conflict for more than 70 years.

Shortwave radio bands are able travel long distances using very high frequencies, unlike traditional radio waves that need to travel in straight lines. In an interview with CNN Business, Angus said most people in the region don’t normally use shortwave to listen to their programs. But due to the communications blocks, “we’ve got limited options,” he said.

“The shortwave audience has historically been in decline, but it’s an important lifeline as a way to reach people,” Angus said. “People value the BBC because it’s independent and one step removed from the national heat around these discussions, that’s why people value our reporting.”

Tensions between authorities in Indian-administered Kashmir and the BBC have been growing. Police in the region have asked people “not to believe fabricated and motivated news” after the BBC published a report saying security forces dispersed protesters in Srinagar, Kashmir, using gun fire and tear gas. The police said “no firing incident has taken place in Kashmir over 6 days.”

The BBC stood by its reporting. “We strongly refute any claims that we have misrepresented events in Kashmir,” the news service said. “We are covering the situation impartially and accurately. Like other broadcasters we are currently operating under severe restrictions in Kashmir but we will continue to report what is happening,” the statement continued. (Sugam Pokharel contributed to this report.)

Sweden’s Alexanderson Alternator station SAQ says it received 438 listener reports — “an incredible amount” — for its June 30 Alexanderson Day transmissions. The list included five reports from the US and three from Canada. The historic electro-mechanical transmitter, which dates back to the 1920s, is fired up periodically throughout the year on 17.2 kHz.

“We are very thankful for all your enthusiastic and positive feedback, with images, recordings, videos, and even Morse ink writer strips,” SAQ said. The station is a World Heritage Site in Grimeton, Sweden.

SAQ’s June 30 message commemorated the 100th anniversary of the first east-to-west transatlantic voice transmission from the Marconi station in Ireland to Cape Breton Island, Nova Scotia. SAQ has posted an interactive map showing the locations of all received listener reports from recent transmissions, including the June 30 transmission, and video of the Alexanderson Day transmission event has been posted to its YouTube channel.

France defeated! Thales and their drones will stay off the 2m band!

The Ankara CEPT meeting is over and the outcome is
very positive, at least for the 2 meter amateur band.
Many unofficial sources, are saying 2 meter has been
saved!

France/Thales were asked to rewrite their proposal with
any mention of 144-146MHz to be removed. The non
safety aeronautical transmission study will be taken
within the next 4 years. 144-146MHz will not be
included in this study and the threat against the 2m
band has been removed!

This all not official for now; the official position will be posted over next week on the CEPT Website.

We would like to thank all of the organizations who fought together on this matter. A special thank to IARU and DARC for their thorough work. Their common-sensed documents might have made the difference. Why spend time on a CEPT study that simple radio propagation formulas can predict?

While we have won this fight we should stay alert and we urge every radio amateur to use the VHF/UHF bands, stop complaining about other amateur’s activities, remain civilised in our conversations and to act as an Elmer for newbies. On 144MHz we have EME operators, CW, SSB & digital DX’ers, amateur satellite users, FM & digital voice simplex users and repeaters. Each of these amateur activities utilises the 144MHz band in a different way, but we all use it. The “use it or lose it” saying has never been so true. 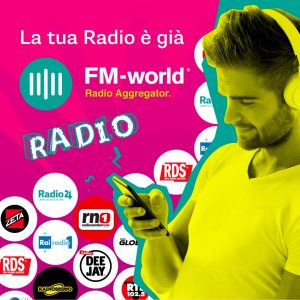